Python Programming: PROS and CONS You Must Know About 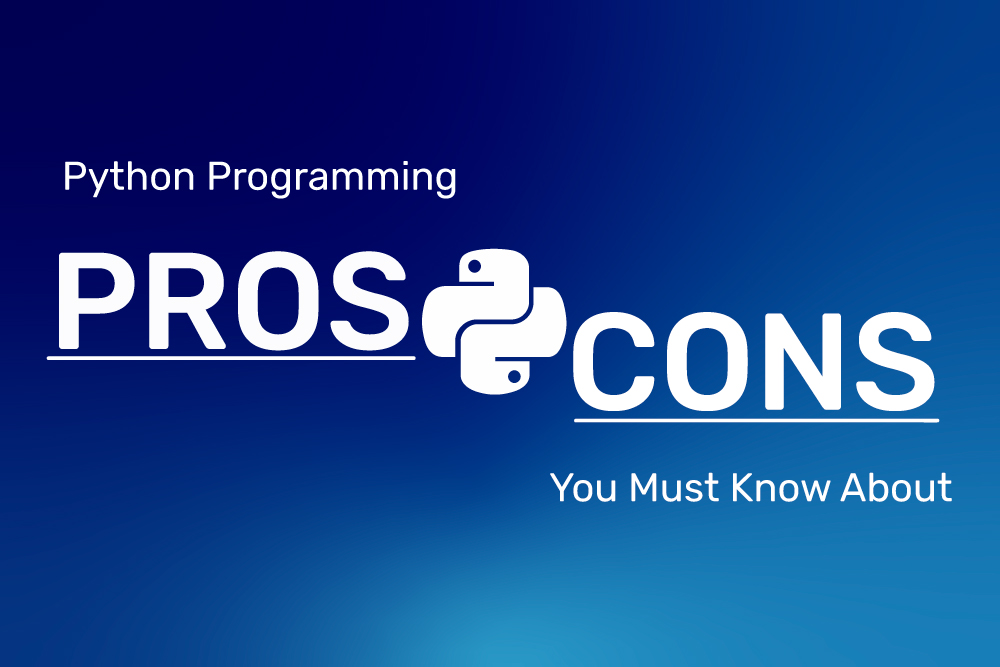 Python Programming: PROS and CONS You Must Know About

One can maintain simplistic syntax and also build multi-protocol networking apps at the same time using Python programming. With inbuilt dictionary data structures, developers don’t have to indulge in the compilation of the code before the runtime. Python programming basics revolve around pre-built libraries and resource optimization for development, making it a very popular choice among the developers’ community.

It’s imperative to note that the Python language is quite easy to learn and master. Its flexibility and interpretive nature help budding developers get a strong grip on app and software development.

Particularly keeping in mind 2022, it’s going to be a year driven by innovation and tech advancement. Hence, it’s surely worth learning Python in 2022. Even now, Python is used in most of the technical domains such as AI, ML, Data Science, etc. Also, Python comes with tremendous community support with more than 8 million Python developers across the globe. As it’s an open-source language, it enables developers to leverage support libraries and assistance from the community in case issues persist. 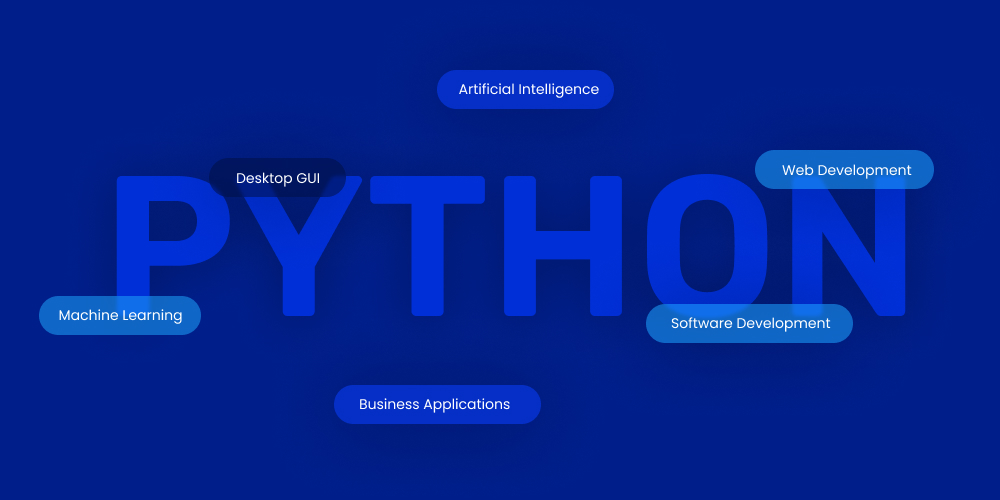 What is the Main Use of Python?

Python has several use cases and this is why developers prefer it over other programming languages.

GUI consists of graphical elements such as menu structures, icons, and buttons, to name a few. These elements facilitate the interaction between the users and their devices. When creating applications with high-level functionalities, Python’s comprehensive toolkits come in very handy.

One of the most vital advantages of Python comes in the form of wide-ranging web frameworks. Python developers can quickly make use of prototypes, resulting in fast-paced processes and reduced TAT (Turnaround Times).

Even for developing and launching custom enterprise applications and e-commerce business applications, Python leads the way. Python tools and frameworks offer a variety of features that help in simplifying content management and database management functions.

Django, a majorly recognized framework for backend web applications, is a full-stack and open-source solution. It helps in creating complex codes and is known for its rapidity and flexibility.

CherryPy is usually preferred for the creation of web applications. It’s an open-source micro-framework with its own built-in multi-threaded server. Applications can run in any operating system that’s compatible with Python.

Being an open-source framework, Tornado is a networking library mainly preferred because of its high level of performance and capabilities. For instance, applications having the requisite of several clients at a time can be built using Tornado. 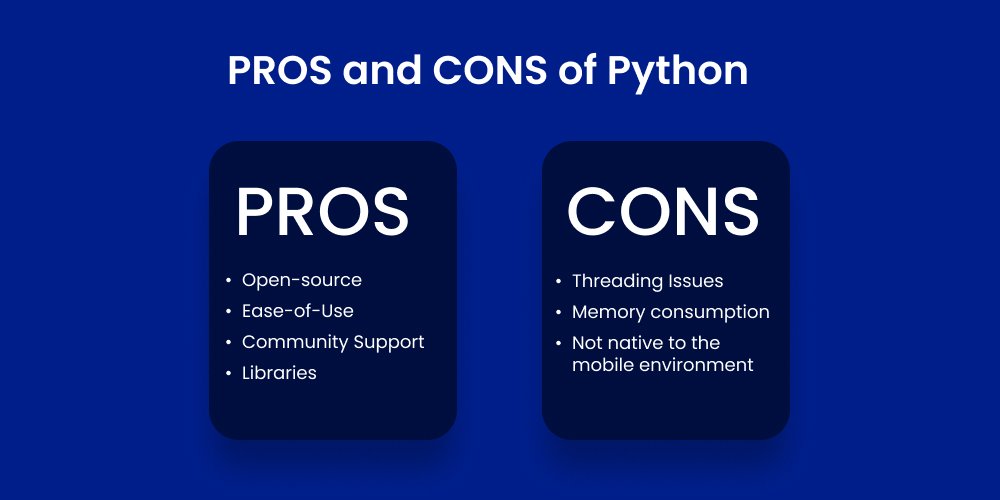 PROS and CONS of Python

Python comes with different sets of PROS and CONS. Let’s discuss this further:

There are numerous benefits of using Python for software and web application development.

Python emphasizes upon easier readability of the code. While it comes loaded with dynamic features, learning Python is extremely easy and helpful. Being a language with dynamic typing, Python provides REPL and ensures the utmost flexibility for developers.

Python is absolutely free to use for coding and can be downloaded quickly. Also, it brings to the table a vibrant community of Python experts and developers who’re always there to assist other fellow Python professionals.

Developers have a plethora of options in the form of libraries when using Python. These libraries are leveraged for mobile and web application or software development. Even game development and machine learning solutions can be achieved using these libraries.

Python comes with a few limitations for the developers to consider. These are:

Python doesn’t facilitate developers with the execution of more than a single thread at a time. Hence, the Global Interpreter Lock (GIL) creates substantial hurdles when using Python.

Not native to the mobile environment

When it comes to mobile computing, many programmers and developers believe Python isn’t the front-running option for them. It’s not native to the concerned environment of mobile computing while Android/iOS aren’t compatible with mobile computing in Python. Of course, there are many libraries that can be used to overturn this issue. When learning about Python programming with examples, the Kivy framework enables app development and creation using API.

It’s a factor to consider that Python is known for high memory consumption. When performing tasks that demand huge memory functions, Python might not be the best option to prefer. When a massive quantum of objects are running on the RAM, it can as a result consume a lot of memory.

All in all, Python promises a major chunk of advantages over other programming languages. However, it has some of its own drawbacks and yet, they get overshadowed by the prowess of Python. Across the entire development spectrum, Python’s versatility and flexibility, coupled with its features, make it the top choice for Python developers.

At P5Infosoft Pvt. Ltd., we are looking for passionate and experienced Python developers. For more information about this vacancy, drop a mail to hr@p5infosoft.com

TwitterFacebookPinterestLinkedIn Google Plus TumblrRedditVK
Previous
Next