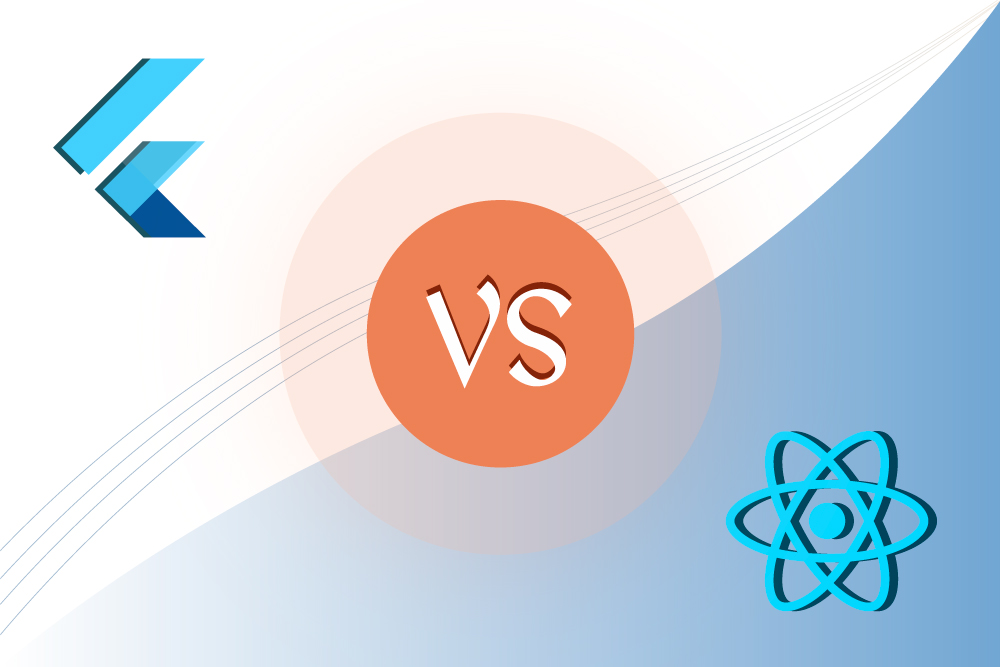 Let’s cover the basics for starters, Shall we?

It comes with customizable widgets obtained from its own hi-tech rendering engine. As for React Native, it was released in March 2015 by Facebook. It’s an open-source framework used for developing native applications while relying on JavaScript. It makes use of certain components similar to Flutter’s widgets.

If GitHub stars are anything to go by, Flutter boasts a whopping 120K stars whereas React Native lags behind with 95.3K stars. Many popular apps like Instagram, Skype, Facebook, Pinterest, etc. have been built with React Native. On the other hand, Flutter is responsible for the development of apps like Google Ads, Xianyu by Alibaba, Hamilton, Philips Hue, etc. 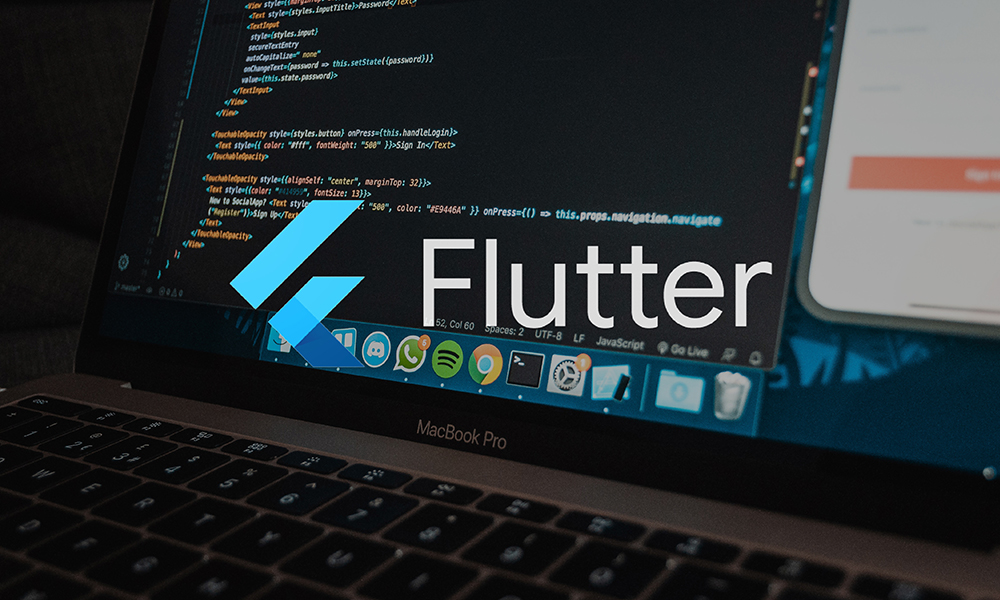 Every top mobile app development company is aware of Flutter’s USP – its dynamic app development process! Flutter developers can alter the codebase on the go and see the changes made in the app in real-time.

This is possible with Flutter’s HOT RELOAD feature. It’s just a matter of a few milliseconds for the changes to appear. This feature paves the way for a Flutter app development company to instantly introduce new app features and resolve bug issues.

Flutter developers find it easy to deliver their Flutter app development services, thanks to its common codebase feature. In fact, the best Flutter app development services for Android and iOS can be provided using this feature. Being platform-agnostic, Flutter has inbuilt widgets and designs. This makes it possible to build an app with the same architecture and designs on two different platforms.

You’d never experience lag or glitches when using Flutter apps. All because of the Skia Graphics Library, the UI is redrawn whenever a view changes. The majority of the process takes place on GPU which results in a smooth UI. Flutter’s UI ensures a lightning-fast delivery of 60fps.

Flutter has no dependence on native system attributes. It carries its own widgets controlled by Flutter’s graphics engine. Flutter developers can also create or customize their own widgets. Flutter apps have a sure-shot advantage over React Native apps when it comes to user-friendly interfaces. There’s a strong emphasis laid upon the visual details, making the apps appear aesthetic and easy to use.

Compatibility is never an issue with Flutter apps as far as older devices are concerned. The apps are built to achieve a consistent appearance and design across all kinds of Android and iOS devices.

It’s a well-known notion that Flutter is yet to attain the badge of being a ‘community-driven’ framework/SDK. On the other hand, React Native is especially popular for its highly proactive developers’ community including experienced veterans. Besides, when it comes to the programming language, JavaScript is surely the more preferred one against the not-so-popular Dart language. Flutter app development tools are quite new and require a greater understanding. As obvious as it is, the Flutter community is rapidly coming to prominence and that’s a healthy sign for Flutter developers.

Despite Google’s extensive support for Flutter, it’s a no-brainer that Flutter is relatively new in the arena. Hence, developers could be unable to fetch the functionalities they need because of its limited libraries. As an alternate solution, developers might have to develop custom functionality, resulting in increased time consumption

The dearth of Support for Continuous Integration

At the time of writing, Flutter lacks support for CI platforms like Travis or Jenkins. So, to achieve automatic building, testing, and deployment, the developers need to use and maintain custom scripts such as this.

Flutter applications are larger in size as compared to the native ones. Google is working on improving the same in the near future. 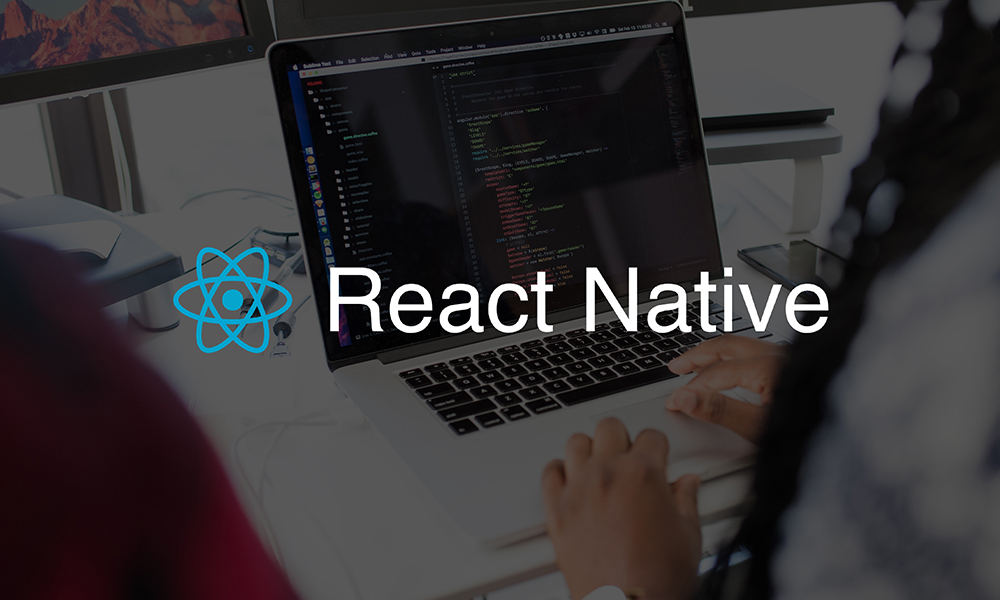 Basically, functioning the same as the HOT RELOAD feature, React Native’s fast refresh allows developers to feed in new code into running applications. Without the need to rewrite the app code, React Native developers can easily see the changes implemented.

One Codebase for Two Platforms

Just like Flutter, developers have to write only one codebase meant for two applications. This is inclusive of iOS and Android platforms. Additionally, JavaScript provides the developers with an edge whilst building cross-platform mobile apps using shareable codes.

As already evident, React Native’s reliance on JavaScript adds to the reasons for using it in the first place. In comparison with Flutter’s Dart language, React Native’s JavaScript is widely used and preferred by developers across many domains.

Freedom of Choice for the React Native Developers

As React Native enables the developers to develop cross-platform applications, it also allows them to choose from various solutions and methodologies. React Native developers can simply make a decision based on the project’s requisites and their own preferences.

React Native over the years has attained a huge following amongst developer communities. Out in the open, there are a plethora of tutorials, tools, libraries, and supportive UI frameworks that make things easy. When we compare different sources for accumulating articles, tools, and materials meant for specific frameworks, React Native has an upper hand over Xamarin, Flutter, and Ionic.

Not so native but native-enough

As known with any of the cross-platform solutions, no UI experience or performance can replicate the native apps. These can be just as similar as possible. With that being said, it’s still easier to accomplish a native design and appearance with React Native as compared to Flutter.

Limited support for components out of the box

Just some of the basic components out of the box get React Native’s support. React Native however has many exterior options in the form of resourceful components. Using them is fine but developers need to invest more time and effort for the same. Exactly contrary to this, Flutter is built with a concept of supporting innovative designs. Hence, Flutter as a framework provides customizable widgets which can be directly used without having to shell out extra time to look out of the box.

No doubt React Native’s multitudes of libraries offer greater options. However, many of these are abandoned packages and are of no use to the developers.

Applications written in React Native need to be able to process JavaScript code (JavaScript Virtual Machine). In the case of Android, this functionality is absent by default. Thus, applications require a library that can support the JavaScript code. All of this results in larger app sizes than the native Android ones. This issue isn’t prevalent in iOS apps made with React Native and yet, the app sizes still end up being greater than the native iOS apps.

After closely assessing the PROs and CONs of Flutter and React Native, it’s imperatively evident how Flutter has the last laugh. With Google’s consistent and futuristic updates in line, it’s only going to be better for Flutter developers from here onwards. Flutter’s comprehensive benefits and optimum user experience globally makes it the most pioneering option for mobile app development in 2021.

As per Abin Baby, the Co-founder and Developer at KlasterMe, learning Flutter was a tough task because of his better familiarity with JavaScript. Although, React Native’s components were quite basic, unlike Flutter’s design-oriented tools and components.

With Flutter, Abin Baby could easily choose and customize favourable widgets, usable for Android and iOS both. As Flutter is compiled to ARM or x86 native libraries, its apps enjoy a better and faster performance. React Native not being to the native code and still having the JavaScript layer makes it a chaser behind Flutter’s prowess.

Coming right from Ishaan Bahal, the Co-founder of Meeve, his experience with React Native was inclusive of some issues. “React Native is just a wrapper over native methods, so it requires a bridge to translate those calls into a native API”, he says. Of course, he knows there are methods to tackle this, but using Flutter, such an issue would never bother him.

According to him, React Native’s bugs take longer times to be fixed. Most of the react native app development companies use a custom fork to fix bugs that can’t be fixed upstream. The Flutter developers, on the other hand, are too proactive to consume longer bug-fixing times. 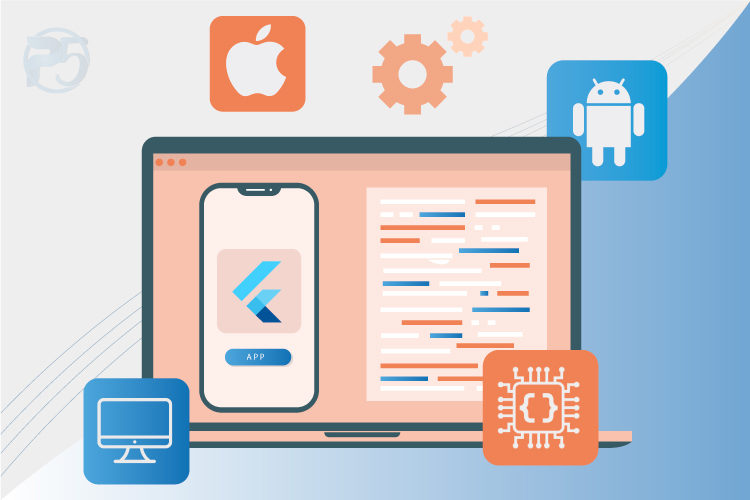 Here’s Everything You Need to Know about Flutter 2.0 Ever since the inception of...